Fierce In The City Does it Again!!!

Fierce In The City Does it Again!!!

New York Fashion week may get all the press but, Denver’s Fashion scene is quickly exploding. One of the main reasons for the invigorated runway is Fierce in the City. Brought to you by Salwa Owens. Salwa was 5280 Magazine’s Editor’s Choice for Top of Town 2016 Top Fashion Designer. She has an extensive resume including ready-to-wear line produced in Los Angeles and an evening gown line 100% handmade in India, and editor of the lifestyle blog, The SO Edit.

But back to her amazing event Fierce in The City. The event was held at the beautiful Viewhouse Centennial location overlooking the mountains. It was a beautiful night for such an event there was live musical performances, by some really talented artists

Top 20 American Idol finalist Vincent Powell will sing songs from his new album, as well as some popular covers. Powell is a gospel and jazz singer who grew up in Austin, Texas. He has sung backup for many artists including Whitney Houston. He is a praise leader and teacher, the CEO of an annual fashion event in Houston called “Dress Houston,” and has released a CD called, “A Classic Christmas.” 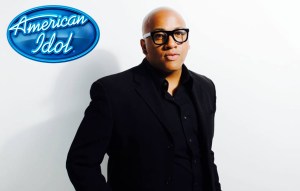 California-born, Colorado-raised Devan Blake Jones is a two-time American Idol Finalist. Devan has sold out shows at Lannie’s Clocktower, has sung the national anthem for the Denver Nuggets and opened for artists like Alice Russell and Ty Dolla $ign. His new Pop/Soul album is set for release in November.

It also featured amazing performances from Dorian Phaero, Karen Carlson, and 16 year old violinist Mia Herlinger, But the Fashion was what we came to see and boy oh boy did they deliver!! Andrea Li Jewelry was featured on models wearing all white which showed the bold contrast of her pieces. Christmas is coming folks. Hit her up! Then Éstaine showed its luxury ties and scarves. They were vibrant, sexy, and classy. Then Andreas Tsagas Furs came out and tore up the stage with his collection of colorful perfect for Colorado fur coats and vest selections. They were absolutely unique and full of life just like the models. Next up was The Woman of the Night, Salwa Owens with her Ready to wear on Real women which featured lots of pieces that were the coolest of Cool! Definitely Coollivin certified. Then she closed the show with her Gold Label collection which was just absolutely breathtaking. With the elaborate yet intricate head pieces and stunning models. It was sexy it was bold it was unique. The pictures say it all. Check them out!!