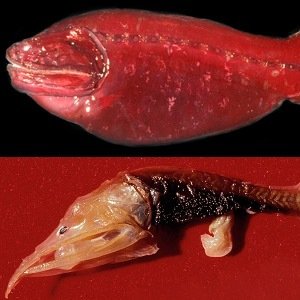 1. The mouth of the male Flabby Whalefish *fuses shut* upon reaching adulthood, losing its stomach and esophagus, it uses energy from previous meals to grow a giant liver which sustains it for life. – Source

3. Samurais used to wear a cloak that inflated when the wearer was riding a horse, which protected him from incoming arrows from behind. – Source

4. Weird Al Yankovic started a Volcano Worshippers Club in high school just to get an extra picture of himself in the yearbook. – Source

5. Due to the interrogation techniques of the Soviets an innocent was executed for a serial killer’s first murder, and many others confessed to the subsequent killings. Four committed suicide due to the investigators’ tactics. The killer killed at least 53 over 12 years before being caught. – Source 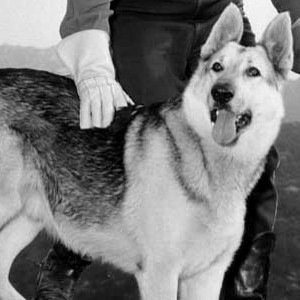 6. Rin Tin Tin, a German shepherd that starred in many silent films, almost won the first Oscar for best actor but the Academy, “believed that this new idea of handing out these Oscars could possibly be damaged by the first Best Actor being a dog.” – Source

8. The U. S. Army secretly dumped 64 million pounds of nerve and mustard agents into the ocean, in at least 26 locations off both coasts. The Army can’t say exactly where all the weapons were dumped because records are sketchy, missing or were destroyed. “It’s a disaster looming — a time bomb.” – Source

9. An abandoned lifeboat was found on the world’s most remote island in 1964. Its origin is still a mystery. – Source

10. There is a “moose test” in Sweden, which requires all cars to be able to evade a moose without flipping, should one suddenly appear on the road. – Source 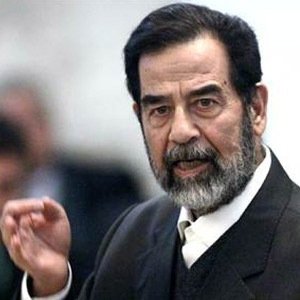 11. Saddam Hussein was distrustful of al-Qaeda and viewed Islamic extremists as a threat to his regime, refusing all requests from al-Qaeda to provide material or operational support. – Source

12. Pavement damage is proportional to the fourth power of the vehicle weight, so a 9-ton truck does over 3000 times the road damage of a 1-ton car. – Source

13. In 1967, Singer Van Morrison still owed his record company 31 songs to finish his contract, so he quickly wrote and recorded 31 nonsense songs with titles such as “Ring Worm”, “You Say France And I Whistle”, “Blow In Your Nose” and “Want A Danish?” – Source

14. Residents of Pompeii almost all died instantly from extreme heat rather than from suffocation from ash or toxic gases. – Source

15. New York City cabs have an amber light that’s hidden in the grille and is used to alert cops if the driver is in trouble by blinking. – Source