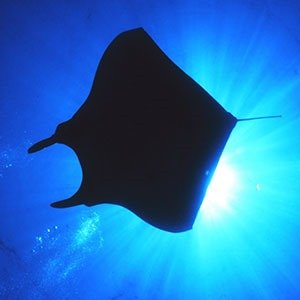 1. In 2014, Indonesia implemented a fishing and export ban on dead Manta Rays, each of which was sold for $40-$500 dollars, as they realized that Manta Ray tourism can bring in $1,000,000+ during a single Ray’s life. Indonesia now has 2.2 million square miles of protected ocean for the Manta Ray. – Source

2. The blue whale can produce the loudest sound of any animal. At 188 decibels, the noise can be detected over 800 kilometers away. – Source

3. The “Body Mass Index” (BMI) was never intended to be applied to individuals, but continues to be used as such because it is, “quicker, easier, and cheaper.” – Source

4. U.S. does not use bills over $100 because President Nixon wanted to make it harder to move large amounts of money across borders for drug trading. – Source

5. In the 1860’s, a “perpetual motion” machine was demonstrated at the Paris Exposition. Visitors were invited to try and stop the wheel, which, unbeknownst to them, was the very action needed to “charge” the wheel back up. – Source 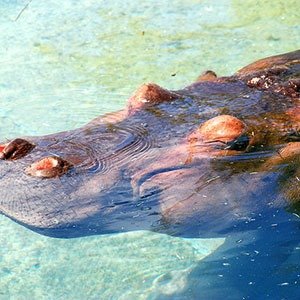 6. A hippo sleeping underwater automatically rises to the surface and breathes without waking up and does this every ~4 minutes. – Source

7. There is a band called ‘NǽnøĉÿbbŒrğ VbëřřĦōlökäävsŦ’ (pronounced ‘Nanocyborg Uberholocaust’) originating from Antarctica. It was formed by two scientists who happened to have similar tastes in music. Their first album, ‘The Ultimate Fate of the Universe’, was recorded at the exact south pole. – Source

8. Elite US soldiers actually climbed 95 foot cliffs under Point Du Hoc to capture and destroy key German strongholds during the D-Day assault on June 6, 1944. They then held their position for two days suffering 65% casualties. – Source

9. Our modern idea of headphone plugs is >130yrs old. It was invented in 1878, and is thus possibly the oldest electrical connector standard still in use today. – Source

10. If Japan’s 2022 FIFA World Cup bid had been accepted, they would have developed and offered technologies that would have included holograms of the matches to be shown around the world in different stadiums, “translation earpieces” allowing foreigners to communicate. – Source