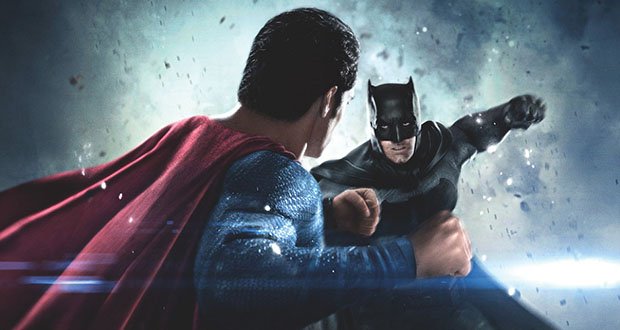 Here are 25 CoolFacts About Batman v Superman: Dawn of Justice (2016). 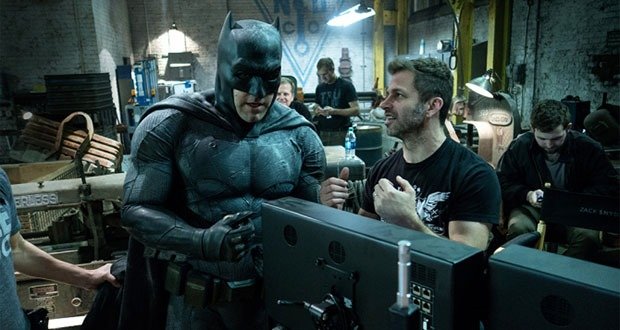 1. Ben Affleck asked Christian Bale for any advice he could give about playing Batman. Bale told him to “make sure you can piss in that suit.” The two men met quite by accident in a costume shop. They were each buying a Batman costume for their kids.

2. The Waynes are seen walking out of a movie theater, a poster of The Mark of Zorro (1940) is seen on the theater wall. Though not exclusive to all origin stories, most Canon Batman Origin stories have the Waynes leaving a screening of the film. This trend was originally set in reference to the fact that Batman was largely based on the character of Zorro.

3. In an interview with Jimmy Fallon, Ben Affleck said he was warned by Warner Bros. about the possible negative reaction to his casting, and was advised to remain off the Internet after the casting announcement. He also said to assuage his concerns, the studio showed him negative comments that fans had initially made to previous superhero castings. Affleck said in spite of the studio warnings, he still checked out an online message board. The first comment he read was, “Affleck as Batman? NOOOOOOOOO!!!!!!!!!!!” After seeing that, he immediately went offline.

4. The film was originally pitched in August 2001 by Andrew Kevin Walker, with Wolfgang Petersen to direct and Akiva Goldsman to script. Goldman’s script had Bruce Wayne’s fiancée slain by the Joker, which sends him on a revenge rampage and brings him into conflict with Superman who tries to stop him. The film was shelved, but in Goldman’s I Am Legend (2007), a teaser poster for the film (the Superman shield inside a bat) was seen in the opening scene. It was rumored at the time that George Clooney would be playing Batman (reprising his role from Batman & Robin (1997)), and John Travolta would be playing Superman.

5. Ben Affleck gained an additional 20 pounds of muscle and reached 8 percent body fat for his role as Bruce Wayne/Batman. 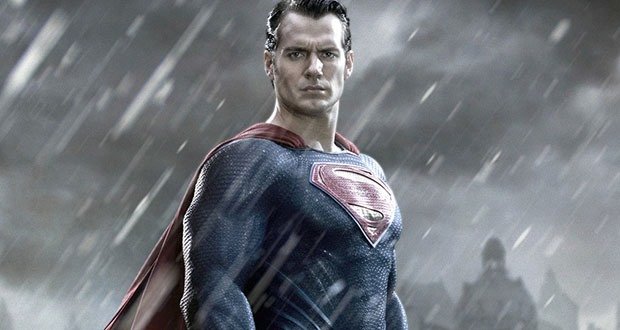 6. When discussing the film, Henry Cavill said that it would address a major issue that fans and critics had with Man of Steel (2013), involving the huge amount of collateral damage caused in the film’s climax during Superman’s battle with General Zod in Metropolis. Cavill said that future battle scenes in movies featuring Superman would involve him making sure to not harm civilians himself and to protect them from evil villains.

7. Ben Affleck stated in a interview that he had asked if he could have the batsuit when filming was complete. The producers said yes, but that he would have to pay $100,000 in order to keep it. Affleck quickly changed his mind and asked if he could just take a picture with it instead.

8. A rough cut of the film was shown for the executives at Warner Bros. They were reportedly so impressed that they not only gave the film a standing ovation, but also began negotiating a deal with Ben Affleck to have him make three solo Batman movies, rather than the original plan to make only one.

10. In this film, Batman wears a voice modulator in his suit to electronically alter his voice. After the casting of Ben Affleck in the role, this was an idea that had been suggested by his friend, director Kevin Smith, as he felt Affleck’s natural speaking voice was too high-pitched for Batman. 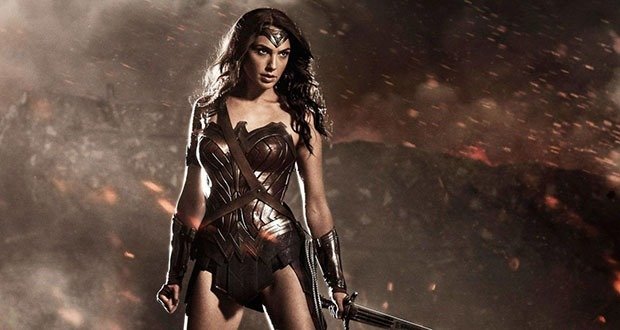 11. When Gal Gadot was asked by a reporter about how she would get Wonder Woman’s breasts from the comics, she answered, “Wonder Woman is Amazonian, and historically accurate Amazonian women actually had only one breast. So, if I’d really go ‘by the book,’ it’d be problematic.” (Amazonian warriors would severe their right breast in order to fire a bow & arrow). Gadot practiced Kung Fu, kick boxing, sword fight, jiu-jitsu and capoeira as part of her physical preparation for the role. There is no historical record to prove that Amazon women had a breast removed. If that were the case then statues or carvings would have been found with a missing right breast. Other translations of Amazon means “large breasted” or “without husband” rather than “without breast”.

12. Michael Wilkinson, commenting on the design of the Batman look, said that “Zack Snyder said that the most important thing for our Batman is that he come across as a really hulking big guy who’s super pumped up. He’s going to be even bigger than our Superman in silhouette. His strength is not through armor and gadgets, he’s basically a tower of muscle. Zack is a huge fan of Frank Miller’s The Dark Knight Returns, and we looked a lot at that silhouette when we were creating our silhouette, the cowl I am super proud of. There’s always been this huge thing about can he actually turn his head. It does allow full range of movement and he can do all his stunts in the cowl.”

13. Ben Affleck’s portrayal of Batman was actually indirectly predicted and foretold two decades ago. In the opening credits of the Kevin Smith film Mallrats (1995), there are parodies of comic book covers featuring the stars of the movie. The one featuring Ben Affleck parodies none other than Batman.

14. Stephen Amell, who plays Oliver Queen/Green Arrow in the TV series Arrow (2012) reportedly wanted to be in this film. Promotional material revealed that Oliver Queen does exist in the DC Extended Universe.

15. This movie depicts the geographical location between Gotham and Metropolis as being across a bay from one another; a la New York City & Jersey City, NJ. 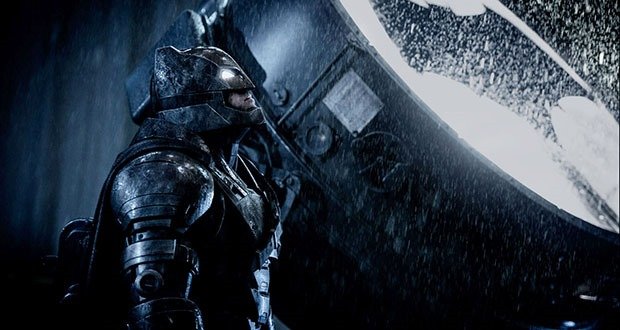 16. The metal exosuit is the first Batsuit not featuring a Batsymbol on its chest.

17. Superman only had 42 lines of dialogue throughout the entire movie.

18. Gal Gadot is the first non-American actress to play Diana Prince/Wonder Woman. She is also the first actress to perform the role in theatrical films. The character’s only previous live action appearances were on television in the 1970s Wonder Woman (1975).

19. In the Daily Planet when everyone is watching the news on the TV, the screen next to it shows a football game with the teams being Metropolis and Gotham.

20. Batman has a Robin costume that reads: “The joke’s on you.” This is a reference to Jason Todd, who served as the second Robin, Batman’s sidekick, and who was tortured and beaten to death by the Joker. In some story lines Jason Todd returns as the murderous vigilante, the Red Hood, and in others he never actually died but instead suffered endlessly at the hands of the Joker in an attempt to turn him into an heir to the clown prince of crime. 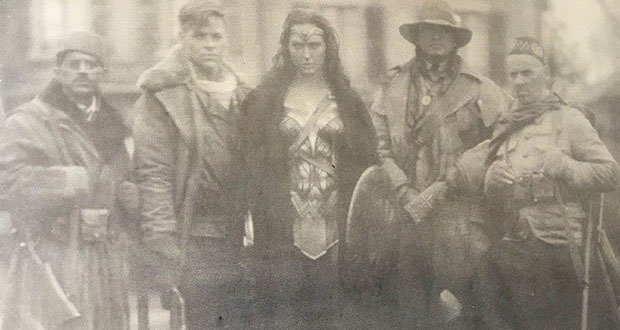 22. The Flash appearing from the future to deliver an ominous message to Bruce Wayne in Batman v Superman is a nod to Marv Wolfman’s “Crisis On Infinite Earths” which featured The Flash doing the exact same thing, including disappearing before he could make it clear what exactly he was warning Batman about.

24. During the dream sequence while Bruce waits for the files to decrypt, a giant Omega symbol on the sand and some Parademons helping Superman’s soldiers can be seen. Parademons and the Omega symbol are linked to Darkseid, ruler of planet Apokilips and an archenemy of the Justice League.

25. Superman’s name was mentioned multiple times during the movie, Batman’s only once by Perry White (most of the time he’s only referred to as The Bat), and Wonder Woman’s, despite her prominent role, not even once, only her undercover name is mentioned once as Ms. Prince.